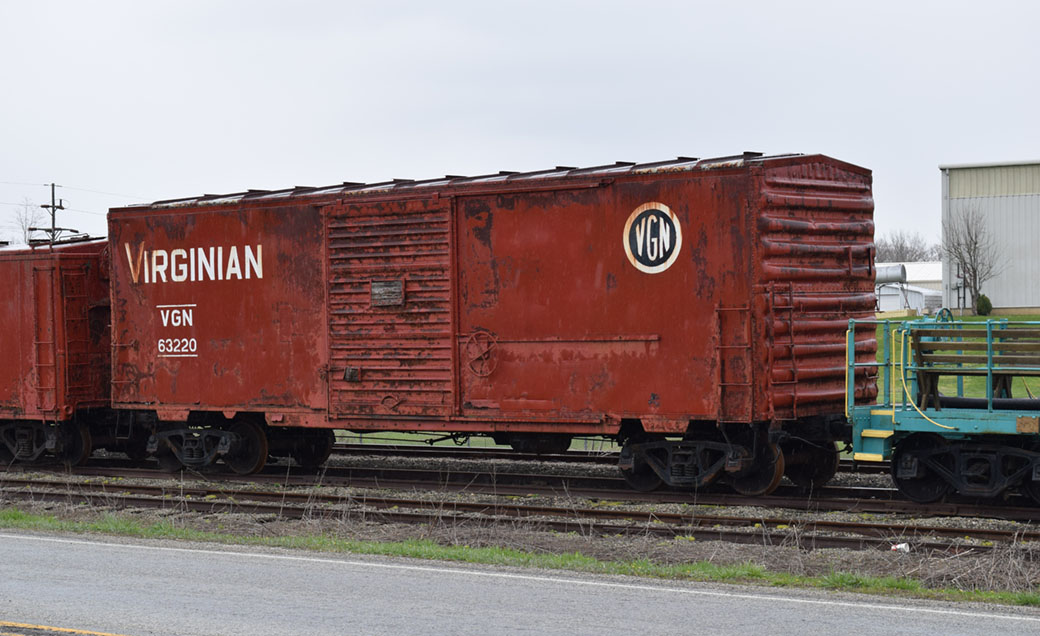 by mikeApr 12, 2016Pieces of The Puzzle, Storytelling, The Missing Conversation, The P48 Experience11 comments

This craft can be frustrating. It’s easy to get pulled in many directions and it can be hard to find a focus or inspiration to carry you through for the long-term. Even if you find your muse, things can change after a number of years.

Last time I mentioned a change in my focus was coming. After almost two decades, it’s time to move on from the Indiana and Ohio theme. It’s been a great pleasure to research the line from Valley Junction to Brookville and I’ve learned a lot. Not only about the railroad and the region but about what this craft means to me.

Some might quickly assume that the simplicity of the line and operations has me bored. That’s not the case at all. These days I crave simplicity and there are other factors in my decision.

Working in a niche scale, one has to face certain realities. One reality for P48 is that the discipline is married to the steam era. Contemporary railroad modeling is possible in P48 but more challenging than in other scales, mostly due to the lack of basic items like roller bearing trucks. Protocraft made state-of-the-art 70 and 100T RB trucks but they are now sold out and unlikely to be re-issued. Due to financial circumstances, I was only able to get two pair of them while they were available. There are other options out there but they pale in comparison to the gold standard Protocraft established. In a stark contrast to HO or N, most items for quarter-inch scale are only produced in limited quantities. The product base for P48 is mostly comprised of individuals who bring items to market in very limited quantities. Once the run is sold out, it may or may not be repeated. It’s something you quickly learn to accept and deal with if you want to work in this scale.

Putting that aside though, over the past couple of years, I’ve struggled with my direction in the craft. I guess I’ve reached the point where the challenge was missing. I built a satisfying layout; I modeled track the way I always knew it could be done and completed other projects but I was at a loss for what to do next. I’m happy to do something once but building multiples of the same car isn’t as much fun for me.

So what to do? I can always practice my skills, something I recommend often on this blog. However, I began to feel limited by the I&O based theme and I didn’t want to tear up the layout just to model something else. As mentioned before, I identify more with model building than operation and I’ve gotten layout fever out of my system. However a change in era feels right, so I’m setting the clock back to the mid 1960s -a time I’m familiar with. It’s a move that will allow me to model different car types more easily and accurately. Forty-foot boxcars bring pleasant memories, like this photo of a B&O M-53A spotted at the grain elevator in Centerville. As you may have noticed in the blog photos over the years, I already have a selection of cars for this era, including several quarter-inch scale Intermoutain Railway Company kits based on the 1937 AAR boxcars. Like their familiar HO line, these are wonderful kits you could build straight from the box for an enjoyable experience. They also lend themselves to simple upgrades or kitbashing that will result in fine models. It’s unfortunate that Intermountain dropped their quarter-inch scale line some years ago. I look forward to tackling these kits but for now, I’m waiting on some detail parts I ordered.

With the size of my layout, if more than six-to-eight cars are on the scene, things begin to look crowded. I’m planning for twelve to fifteen cars in total so I can rotate cars off the layout for some variety. This number is a blessing that allows me to treat each car as a separate modeling project, where I can lavish all the attention and detail a model in this scale deserves.

I claim no expertise where freight car modeling is concerned. Quite the opposite actually, as this is an aspect of the craft I’m very ignorant about. I definitely feel like a beginner again and that is exactly how I want to feel. Fortunately, I have good resources in the form of a 1966 Car and Locomotive Cyclopedia along with volumes of the Railway Prototype Cyclopedias and plenty of my own photos. I’m also inspired by the works of modelers like Gene Deimling, Robert Leners and Jim Zwernemann, who are among the masters in quarter-inch scale freight car modeling.

The lesson I’m taking away from all this is that change is a part of growth. Too often in this work we just change for the sake of changing. We’re bored or suffer from shiny object syndrome. However, when a change is thoughtfully considered, it can be a good thing indeed. I’m not the same person who stumbled into quarter-inch scale ten years ago. My modeling has grown and I understand the strengths of the scale now. I know what I want to accomplish in this next phase of the journey and I look forward to starting down this road.