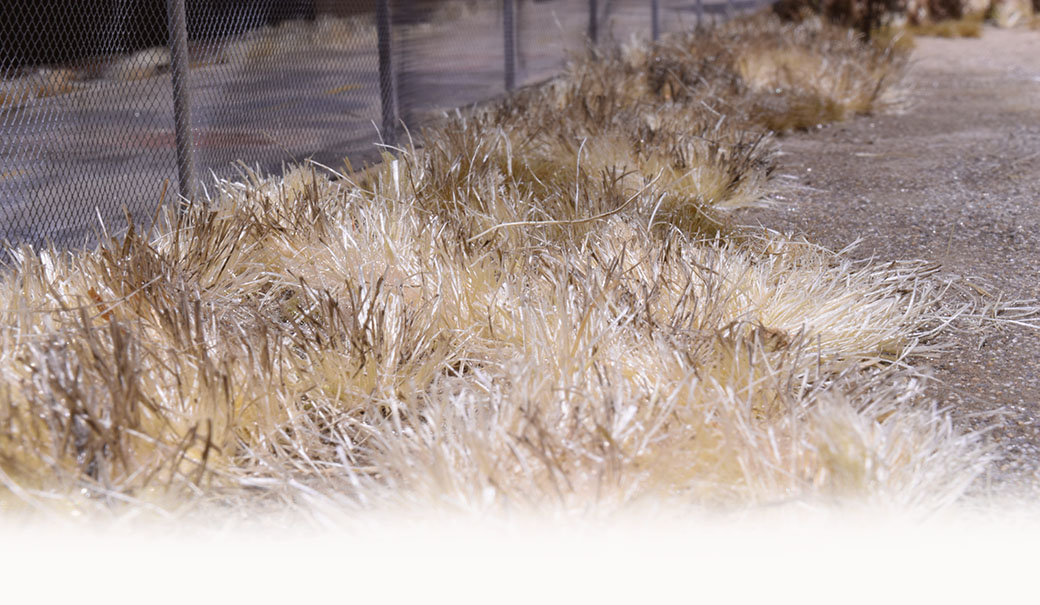 by mikeOct 18, 2016The Art of The Craft, The Modeling Conversation, The P48 Experience2 comments

Admittedly, it’s hard to get excited about a empty lot. However, that open space brings a lot of design muscle with it. In the scene I’m currently working on there’s a vacant lot at the corner of 13th Street and North E (photo above). Bounded by the ubiquitous chain link fence, it’s one of those non-descript pieces of left over land found in every city.

Like many such places, it’s little more than a catchall, a place no one notices or cares about because it’s no one’s responsibility to notice or care. This lot is full of overgrown weeds and grasses choking their way out of ground that can’t decide if it’s gravel or soil, in addition to being scattered with trash and the leftovers of the surrounding industries. Making up nearly a quarter of the overall scene, this empty space plays an important role. It provides visual breathing room and a place for the eyes to rest from the congestion and close quarters that characterize the rest of the area. This space also serves as an entry to the scene, a place to get oriented to the surroundings. The emptiness here also emphasizes the visual mass of the nearby buildings by serving as a contrast to their imposing presence.

There’s no need for long descriptions of technique or the shopping list because I did nothing unusual or unique with the methods used. We all know how to do the How-tos. I will say that even though the scene looks simple, it would be a mistake to approach the modeling simplistically. Ground is seldom as flat as the substrates we use and this area has undulations where the groundcover is thick and thin, a result of less than careful application of the material rather than considered forethought. I did take care to plant the vegetation as randomly as possible and give the plantings mass rather than a single plant here and there. In any open area nature reclaims, you’ll see a variety of plant types as well, each adapted to the soil and growing conditions. In summary, a feature like this isn’t everyone’s cup of tea but, I enjoyed bringing the same focus and skill set to modeling a vacant lot as I would a box car or structure, because once you begin to look closely, an empty lot is anything but empty.